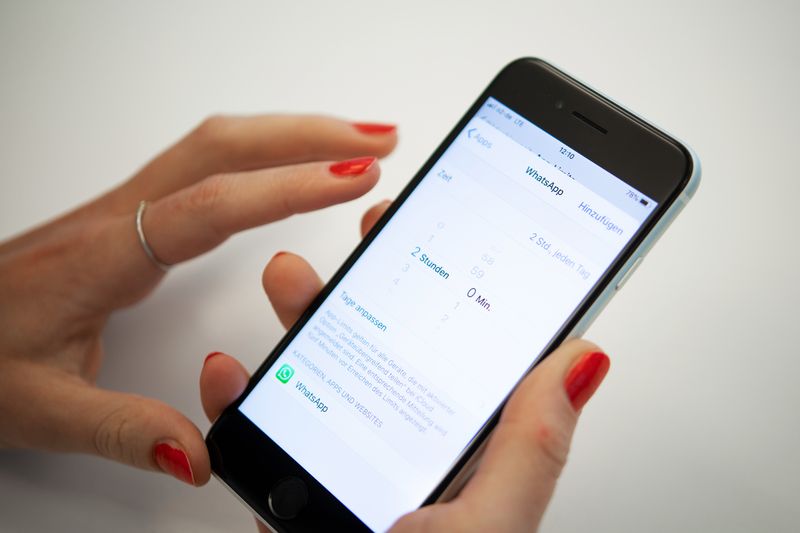 Apple has just added a ton of new features in its latest update to iOS 14. But there are still so many practical things hidden in your iPhone’s and iPad’s settings that you probably missed in iOS 13.

If you own a relatively new iPhone, you may have already been checking out the latest features from iOS 14, which arrived in September.

And yet many of us are still only getting to grips with the mass of functions buried inside previous generations.

If you want to use less data, save storage space and keep an eye on how much time you’re spending on certain apps, these are the lesser-known iPhone and iPad features you can use.

For example, Apple Music users can view the playback history of their music, and play it again. You’ll find that in the playback view in the lower right corner – and it just makes it easier to find your favourite songs or latest discoveries without a lot of digging around.

Video: If you make a lot of videos, you may want to set the quality level to reduce the size of videos. There’s a way to quickly select the quality you want and it’s a lot easier than laboriously fiddling around in the camera settings menus, Becker says. You can now switch between different sizes directly in the camera app, from iPhone generation 11 onwards.

A 4K video might look pretty impressive, but it takes up much more memory than a 1080p or 720p video. You can also switch between the frame rate, too, which is helpful if you’re making videos for different platforms.

Audio: If you have AirPods or Beats headphones, you can share music playback with iOS 13, says IT specialist Andreas Floemer. Your audio can now be streamed to several compatible headphones that can all be connected to one device.

What’s also new for AirPods is the read aloud function for text messages. You can also use voice input used to respond directly, with Apple’s voice assistant Siri doing the transcription legwork.

Screen time: The IT sector is currently focusing on whether people have healthy tech habits, and whether kids do too – and here, the iPhone is also doing its bit. “Apple introduced the screen time function with the iOS 12, and since iOS 13.3, users have also been able to set usage limits for chat apps such as Facetime, Messages, iCloud contacts and so on,” says Floemer.

Screen time is a function that shows how long and how often certain apps are used and the new limits can also be set for children’s devices. Parental control options for the iPhone have been around for a long time, says Becker. One innovation is an option allowing parents to restrict their child’s contact list, preventing or monitoring communication with strangers.

Cloud storage: Several iCloud accounts can now be bundled into a family group, allowing you to set up children’s accounts and share apps and subscriptions with others in your family.

Shortcuts: There are also options for greater efficiency, says Becker. With iOS 13, you can do certain things in apps from your home screen, meaning you can jump straight to a certain part of the app, cutting out the steps in between such as opening and navigating through the app.

That means you can speed up activities you often do, such as scanning documents, for example by creating a shortcut for that specific function.

Becker has another tip for iPad users, saying the operating aids, created for users with handicaps, also include practical features to speed up your workflow. There are active corners, where you can put certain activities or functions in one of the screen’s four corners so you can activate them more quickly, a feature that should be familiar to Mac users from MacOS.

Text: For anyone who struggles to enter text on the small screen, iOs 13 has a new solution, Becker says. If you tap the iPhone display with three fingers, a small toolbar for cutting, copying, pasting or undoing text appears.

And if you hold down on the space bar a little longer on the on-screen keyboard, it turns into a kind of trackpad allowing the cursor to move to a particular text passage at top speed, says Floemer.

Save data: Meanwhile, anyone with very little data volume left at the end of the month can try out the reduced data mode in the iOs 13. You’ll find it in the settings and it enables you to drastically reduce your data consumption. If you often run into trouble, data-wise, this should significantly ease your worries. – dpa

The post The most overlooked iPhone features, from data saving to shortcuts appeared first on Malaysia News Today.